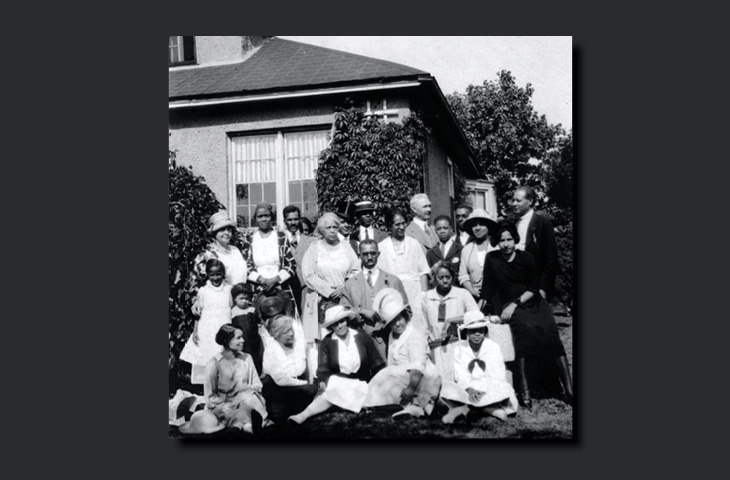 In the summer of 2020, the City of Evanston contacted a number to organizations to ask for participants to write a report documenting the history of racial discrimination in Evanston. The report would serve as resource as the City instituted the country’s first local reparations program. I did not hesitate. I knew how important this project was and was eager to work with Dino Robinson, Founder and Executive Director of Shorefront Legacy Center. It was Dino who first suggested the need for such a report during his early involvement as an historical advisor to the City’s reparations program.

Dino and I hit the ground running. The City was particularly interested in locating sources that connected the City’s actions with discrimination and segregation, and thus we focused on primary sources. Drawing from research we’d already compiled over many years, we began to draft the report, organizing it into different sections: housing, employment, education, city services, etc. Drawing from the collections of the Shorefront Legacy Center and the Evanston History Center, we also drew from U.S. Census records, newspapers, government reports, oral histories, and more.

Our work was done less than six months into the global pandemic, and we had to make adjustments to our normal research process. One of the most important sources was the City’s records of City Council meetings. These were only available on microfilm, however, and we had to submit a FOIA request in order to get access. A socially-distanced handoff of microfilm reels from a city administrator in the City Hall parking lot was followed by hours of reading the minutes on the microfilm reader at the Evanston History Center. That research proved to be fruitful in connecting the City’s actions to discrimination and segregation in the city. Another important source was located 300 miles south of Evanston at Washington University in Saint Louis, which houses the collection of city planner Harlem Bartholomew, the creator of Evanston’s zoning ordinances. Owing to the pandemic, research was conducted virtually. Miranda Rectenwald, Curator of Local History, pulled the requested records and we met on Zoom, going page by page through the documents and identifying which we wanted duplicated. Again, this proved to be fruitful even if the research was conducted somewhat unconventionally! You can read the blog post describing this work on the Washington University libraries website: https://library.wustl.edu/news/documenting-historic-harm/

One significant result of this project will be increased public access to city records. Recognizing the need for easier access to Evanston City Council minutes, Shorefront requested that the city allow the organization to have all of the microfilm reels digitized; and soon, those records will be widely accessible to all.

Ultimately, the report was put together fairly quickly, but it drew from decades of research. And the sources that document this history are ubiquitous. But what is interesting about this project is that for the first time so much of this history was brought together within a single document. The report was designed for a public audience, a local audience, a national audience, and an international audience. For, while the story might be local, it has larger ramifications that are significant historically, and for me, it was truly a great honor to work on such an important project.

Dino and I still refer to the report as a “working document” since there is still so much more to be done to continue to tell this history.